The Rise and Fall of Guandi, the Chinese God of War, in Tibetan Buddhism

Under the Dalai Lamas’ government of Tibet (1642-1959) the avowed aim of politics was to serve religion. But sometimes it was religion that served politics. Based on a voluminous Tibetan-language
literature (much of it ritual texts), this talk will look at the manner in which Guandi, the Chinese god of
war, was incorporated into the pantheon of Tibetan Buddhist protectors during the 18th and 19th century. It will show how this development in the religious/literary sphere, which was led by (mostly
Mongolian) Geluk lamas with links to the imperial court, closely mirrored the various stages in the
establishment and consolidation of a Qing Protectorate in Tibet and the presence of Chinese
military garrisons there. The talk will also try to show that as Qing military power weakened during
the second half of the 19th century, the identity of Guandi and the temples devoted to him in Inner
Asia, became increasingly overgrown and obscured by his superscription as a completely different
figure, namely Gesar Gyalpo/ Geser Khan, the eponymous hero of Tibetan and Mongolian epic
traditions. By the time of Tibet’s independence (1913-1951), the identity of Guandi and the temples originally devoted to him in Tibet, had been all but forgotten. 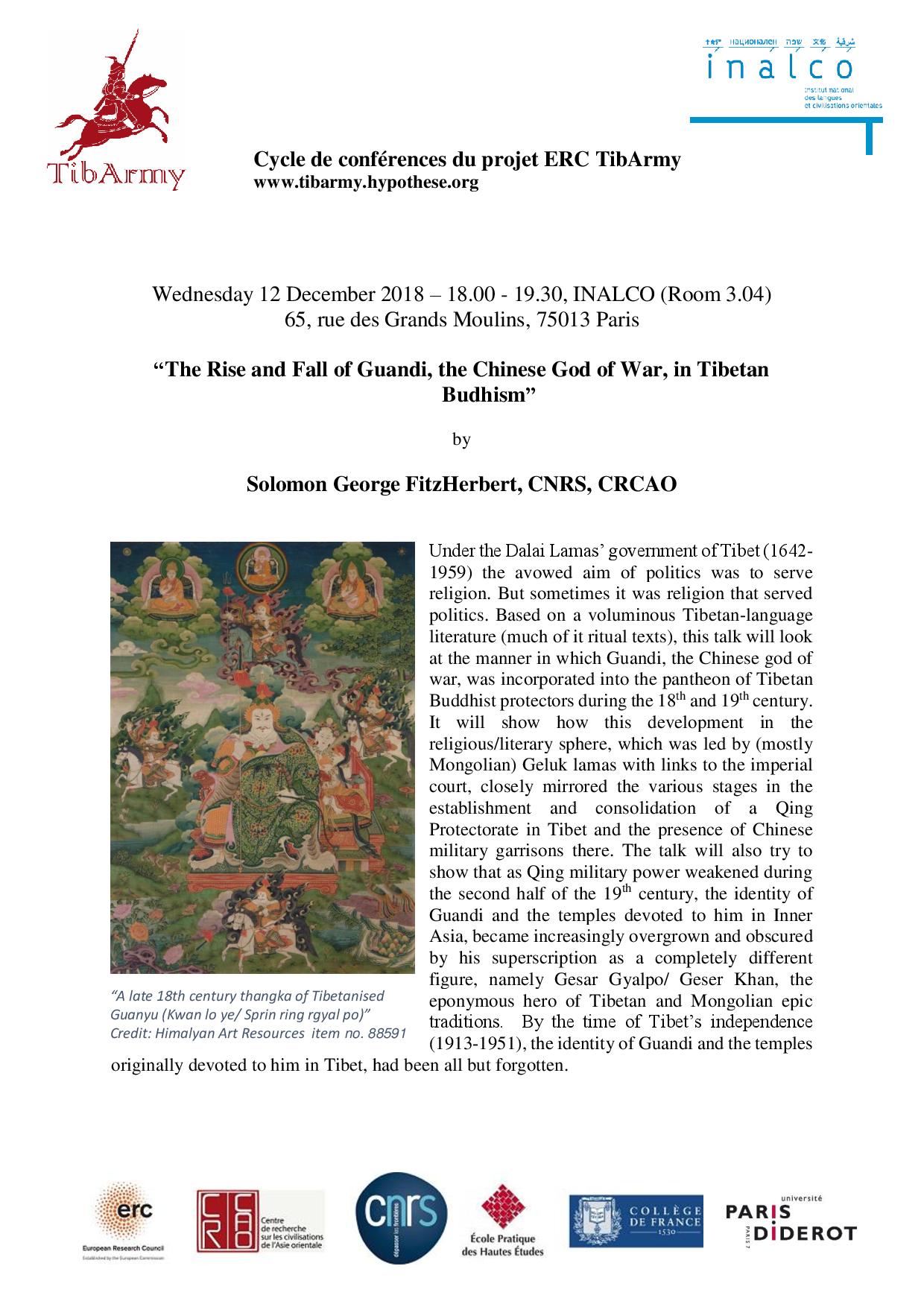